The Department of Chemistry lecturers of chemistry teach general, physical, organic, and inorganic chemistry labs and lectures, as well as seminars and writing intensives, to the undergraduate students at Yale.

Learn about each lecturer below and how they adapted their teaching methods during the pandemic. 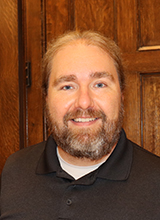 Lecturer in Chemistry Paul Cooper came to Yale University in 2019 with multiple years of undergraduate and graduate teaching experience from George Mason University (GMU). In the past, Cooper has worked as an assistant and associate professor.

He received his Bachelor of Science degree with honors in chemistry and his Doctor of Philosophy from The University of Western Australia in 2000 and 2005, respectively. His Ph.D. studies focused on infrared matrix isolation spectroscopy of water complexes and the chemistry of solar system ices alongside his faculty supervisor Dr. Terry Quickenden. As a postdoctoral researcher, he studied the chemistry of proton irradiated ices relevant to Jupiter’s Galilean moons under the guidance of Dr. Marla Moore at the NASA Goddard Space Flight Center.

In addition to teaching, he pursues opportunities to develop professionally at the Yale Poorvu Center for Teaching and Learning. He has participated in Poorvu’s Course (Re)Design Institute and STEM Learning Community programs. And he recently completed the Faculty Teaching Academy program.

Cooper has received awards for his excellence in teaching, including a GMU College of Science Teaching Award and a GMU Teaching Excellence Award. 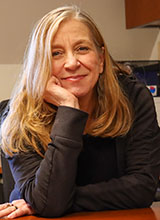 Christine DiMeglio, senior lecturer in chemistry, has been a member of the department and the American Chemical Society since 1993.

When she’s not teaching, she participates in professional service activities. She has served as a faculty advisor to DEMOS, bringing science education to local elementary children, and participated in the University Committee on Teaching, Learning, and Advising. As a university fellow and advisor for Benjamin Franklin College, she advises first-year students and participates in networking activities. She also serves as an advisor for first generation low-income students through the Yale Chapter of QuestBridge.

DiMeglio has been a member of the National Federation of the Blind since 1998. With a knowledge of disability accommodations, she is adept at working with students to utilize the accommodations to which they are entitled.

During her tenure, she’s taken advantage of numerous opportunities for professional development, such as the Yale Poorvu Center for Teaching and Learning’s Course (Re)Design Institute summer program and Racism in STEM workshop. In addition, she’s developed laboratory videos, including 19 laboratory experiments and a safety video. 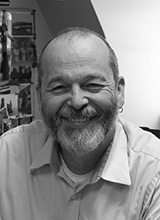 Senior Lecturer in Chemistry Jonathan Parr originally came to Yale in 1991 as a postdoctoral researcher with Professor Jack Faller and returned in 2002 to conduct research with the great Professor Harry Wasserman before assuming their current role in 2004.

Parr began their chemistry education at the University of London in Kingston, United Kingdom, in 1986. They continued their education at Imperial College in London and received their Doctor of Philosophy degree in 1990. Under the supervision of Professor D.F. Evans, Parr studied the coordination chemistry of silicon with relevance to biochemistry, inspired by the Venus’ flower basket sponge. They completed two postdoctoral positions. The first was a post-rouge with the CRNS at the Université Louis Pasteur in Strasbourg, France, and the second at Yale University.

Parr has taught a variety of classes at Yale, including the inorganic chemistry lab, the advanced lab, and general chemistry labs.

In addition to delivering courses, they have embraced opportunities to introduce, develop, and innovate them. They introduced the current chemistry seminar for seniors, in collaboration with fellow senior lecturer Professor Christine DiMeglio, and the Ethical Conduct and Scientific Research class for chemistry. They also added writing intensive sections to both the inorganic chemistry lab and the advanced lab to help undergraduate STEM students fulfill their writing requirements.

Parr utilizes the support provided by the Yale Poorvu Center for Teaching and Learning to achieve their teaching goals. For example, they participated in the Poorvu’s Course (Re)Design Institute summer program and drew extensively on help from the Poorvu’s Writing Center when they introduced the writing intensive sections.