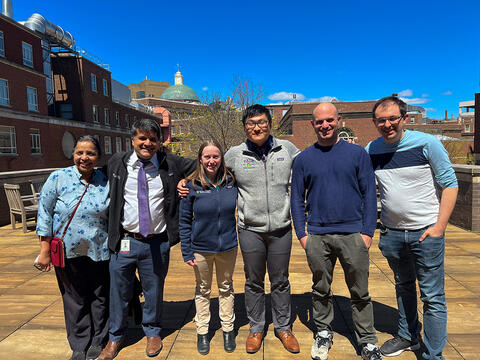 The findings were published July 28 in the journal Science.

A summary of their breakthrough work can be found in the YaleNews article “A New Path for Treating Brain Cancer, with a Yale-Developed Compound” and in the Endpoints News press release “By Exploiting the DNA Repair System, Yale Scientists Want to Crack Chemotherapy Resistant Brain Cancer.”

Co-authors on the study include Kingson Lin, a Paul and Daisy Soros Fellow at Yale and M.D./Ph.D. student co-mentored by Bindra and Herzon, Susan Gueble, a B. Leonard Holman Pathway Fellow and M.D./Ph.D. radiation oncology resident, Eric Huseman, and Ranjini Sundaram.

These discoveries led to the founding of Modifi Bio, a New Haven biotech startup focused on curing brain cancers, which is working to move the molecules to the clinic.

Learn more about the Herzon Lab.