Chris Gisriel was honorably discharged from the United States Army after completing a tour of duty in Bagram, Afghanistan, in 2004. He received a B.S. in biochemistry from Arizona State University (ASU) in 2013, during which he began his research career in the study of membrane proteins involved in photosynthesis.

During his graduate studies in the lab of Kevin Redding, Gisriel solved the first molecular structure of a Type I anoxygenic reaction center, providing a structural basis for better understanding the evolution of photosynthesis. He received his Ph.D. in 2017, and his scholastic success was recognized by ASU’s College of Liberal Arts and Sciences by naming him a 2017 CLAS Leader, the 2017 Outstanding Graduate, and awarding him a Graduate Excellence Award.

Gisriel is now a postdoctoral associate at Yale University’s Department of Chemistry in Gary Brudvig’s lab. He studies far-red light photoacclimation in the photosystems and both photoactivation and water oxidation in photosystem II. Gisriel is an awardee of the NIH Pathway to Independence Award (K99/R00), an ARCS Scholar, and specializes in structural biology and spectroscopic techniques applied to photosynthetic systems. 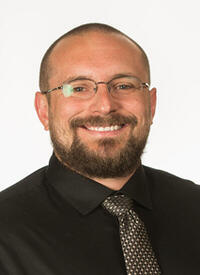