Tribute to Charles A. Schmuttenmaer in Memorial Symposium 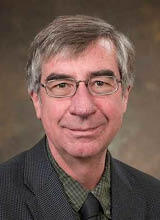 A special symposium honoring the memory of Charles A. Schmuttenmaer was held on October 29 at the Sterling Chemistry Laboratory. Organized by Yale Chemistry Professors Gary Brudvig, Nilay Hazari, Mark Johnson, and Patrick Vaccaro, the symposium brought together approximately 200 colleagues, alumni, family, and friends of the late Yale professor.

Charlie Schmuttenmaer passed away in July of 2020 at the age of 56. He was a professor of chemistry at Yale since 1994.

“Charlie was a world-renowned scientist, a pioneer in the development of time-resolved terahertz spectroscopy, which his group transformed into an incisive probe of diverse physical and chemical phenomena,” said Patrick Vaccaro, professor of chemistry and symposium co-chair.

Considered an expert in his field, Schmuttenmaer identified novel applications for his research, which, among other uses, increased the efficiency of solar energy harvesting and utilization. He was a co-founder of the Yale Solar Group.

He touched many lives as a brilliant chemist, supportive colleague, nurturing mentor, and devoted father, grandfather, brother, and son. The audience heard from a selection of these speakers, eminent members of the terahertz community, faculty from the chemistry department and the broader Yale community, current and alumni researchers from the Schmuttenmaer Group, and one of Charlie’s daughters.

Alumni spoke of research performed under Charlie’s supervision that established their own careers and led to advances in new energy-efficient technologies. They recounted numerous stories of a caring, enthusiastic mentor who always made time for his students and encouraged them never to give up.

Charlie’s colleagues talked about the boundless and contagious enthusiasm that permeated his lectures on terahertz spectroscopy. His passion also presented itself in activism and support of progressive social issues, with his deep-rooted desire to do the right thing for society coming across in his teaching, faculty citizenship, and civic duties.

Schmuttenmaer was an inaugural member of the Yale Faculty Senate, advocating for issues related to faculty life. Current senate members attested to his lasting influence on them and the senate body.

While members of the scientific community reminisced about research and accomplishments, one of Schmuttenmaer’s daughters told stories of cross-country road trips from one university to another and of visits to Dad’s lab.

Schmuttenmaer was well known for his love of karaoke. As the symposium came to an end, one alumni of his research group led the assembled audience in singing his favorite song, Imagine by John Lennon.

With no more words left to say, the audience rose to give Charlie a standing ovation, a traditional homage paid at one’s retirement farewell.