‘Swing for the Fences’: Celebrating Women in Chemistry 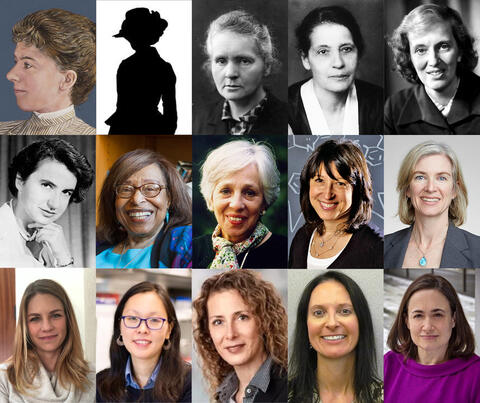 March is Women’s History Month, a time dedicated to observing and celebrating the contributions of women to events in history and contemporary society. Among these contributors are female chemists, trailblazers in scientific discovery who navigate their career paths through gender bias.

The Department of Chemistry at Yale held the Celebration of Women in Chemistry virtual symposium in November of 2020 to commemorate the 50WomenAtYale150 anniversaries, which marked the coeducation of women at Yale College 50 years ago and the first women graduate students to the university 150 years ago. The symposium, highlighting women’s contributions to chemistry and Yale Chemistry, featured historical presentations, an exhibit unveiling, guest speakers, and a networking session.

Stacy Malaker, assistant professor of chemistry, welcomed the audience of students, postdoctoral researchers, faculty, and staff.  “We’re celebrating some of the female scientists who broke not only scientific, but also social barriers. We will be sharing history that you might not know about the department, including obstacles that women overcame, and, of course, the huge achievements that these women attained,” she said. “We hope that this celebration inspires current and future students by not only reminding them how far we’ve come but also discussing how much is still left to do.”

The first historical presentation was on Charlotte Fitch Roberts, one of the first seven women to receive her doctorate at Yale and the first female Ph.D. graduate in chemistry in 1894. James Mayer fittingly gave this presentation as the Charlotte Fitch Roberts Professor of Chemistry. Remarkably, 126 years later, her Ph.D. dissertation entitled “the development and present aspects of stereochemistry” is still relevant. Now in book form, it summarizes six principles that are the basis of essentially every sophomore organic class today.

Diana Wasserman presented the career journey of her mother Dr. Elga Wasserman. In addition to being a chemistry professor, she served as special assistant to then-University President Kingman Brewster and was key to the entrance of women to Yale College in 1969. She went on to study at Yale Law School, open her own practice in New Haven, and interview women for induction to the National Academy of Sciences. On the occasion of the 50WAY150 celebration, Wasserman was awarded the Mory’s cup for “Conspicuous Service to Yale” and received a 5-minute standing ovation from the alumnae attendees.

During the symposium, the department played a video unveiling of an exhibit honoring ten women scientists who made critical contributions to science and society. Ph.D. candidate Susannah Huth began the narration by saying, “here we honor the women who were told ‘no’, who were told ‘it’s a man’s work’, who were asked ‘who will take care of your children,’ who were ridiculed, harassed, overshadowed.”

END_OF_DOCUMENT_TOKEN_TO_BE_REPLACED

Huth proceeded to recognize the crucial discoveries made by these female scientists. The permanent exhibit in which they are featured is on display in the Sterling Chemistry Laboratory. 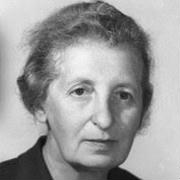 Lauded as the first solo woman researcher of modern chemistry, Fulhame introduced the concept of catalysis based on her studies of the reductions of metallic salts to pure metals. Her investigations into light-sensitive silver salts are considered the foundation of photography. She acknowledged that her work might not be taken seriously because of her gender. 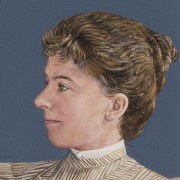 Charlotte Fitch Roberts was one of the first seven women to receive her doctorate from Yale and the first female Ph.D. graduate in chemistry in 1894. As a faculty member and head of the Chemistry Department at Wellesley College, she wrote a prominent book on stereochemistry that guided a generation of organic chemists. 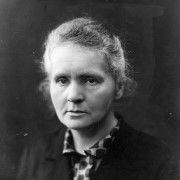 Marie Curie was a pioneer in radioactivity. She was the first woman to win the Nobel Prize and the first person to win twice. During World War I, Curie promoted the use of radium to alleviate suffering and brought X-rays to the battlefield. She was revered in the scientific community, and in addition to the Nobel Prize, she received numerous awards, including honorary science, medical, and law degrees. 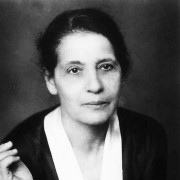 Lise Meitner was the first woman to graduate from the University of Vienna and the second woman in the world to earn a Ph.D. in physics. She went on to become the first woman full professor of physics in Germany and co-led the team of scientists who discovered nuclear fission. Many believe that she was wronged when her longtime collaborator received the Nobel Prize in Chemistry for their work on fission while she was excluded. 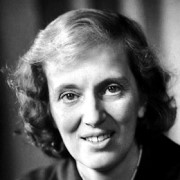 A Nobel laureate, Dorothy Hodgkin was interested in chemistry crystals as early as the age of 10. This grew into a remarkable career in which he used X-ray crystallography to determine the structures of several biologically active molecules, including penicillin, vitamin B12, and insulin. 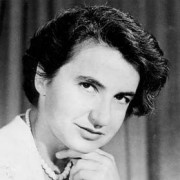 Rosalind Franklin was a prominent chemist whose X-ray diffraction images led to the discovery of the DNA double helix. She also helped to deduce the structures of RNA viruses, coal, and graphite. It is believed that she would have won the Nobel Prize had it not been for her untimely death at the age of 37. 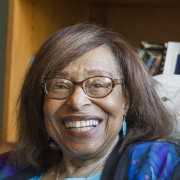 Another Yale alumna, Esther A. H. Hopkins, was the first African-American woman to earn a Ph.D. in chemistry from Yale. She was not only a chemist but a patent attorney for the Polaroid Corporation and, after her retirement, an environmental protection leader and local elected official. 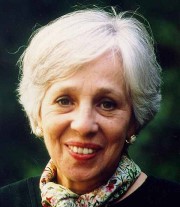 After receiving her Ph.D. in biochemistry from Yale in 1957, Maxine Singer led several research groups at the National Cancer Institute as the Chief of the Laboratory of Biochemistry and was awarded the National Medal of Science. An advocate for women in STEM, she wrote an editorial on science arguing that universities should encourage women to enter STEM fields by changing their policies and attitudes of their current faculty. 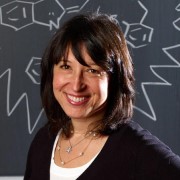 Alanna Schepartz was the first female to be promoted to full professor in the Chemistry Department at Yale. In her 30-year tenure at Yale, she headed a leading research program in protein engineering and the applications of chemical biology, and was inducted into the National Academy of Sciences. 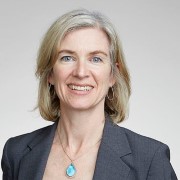 Jennifer Doudna was on the faculty at Yale from 1994 – 2002, studying the structure of ribozymes. As her work on nucleic acids blossomed, she developed CRISPR, a rapid method for gene-editing that earned her the 2020 Nobel Prize in Chemistry. CRISPR is revolutionizing the way we prevent and treat many diseases.

In her interview with Chemistry Department Chair Kurt W. Zilm, Hopkins told the women in the audience “they have to do the things they are driven to do…I would urge all young women to stick with it, even when it seems very hard. Understand how much meaning it will bring to you. When someone asks you about trying something that’s difficult or people haven’t done, try it. You might like it.”

Montclare’s positive outlook on failure seemed to further support Schepartz’s rallying call. “So many of us, me included, have faced fear of failure,” Montclare said. “Sometimes it comes out as imposter syndrome, but you should not be paralyzed by a fear of failure. Rather than looking at it as failure versus success, see it as a continuum of learning, where things that didn’t go right are lessons.

“And finally, it’s important to give back. I’ve been blessed to have these wonderful mentors that have nurtured me throughout my career. And the way I can honor these people is to pay it forward and help others. What that does is inspire the next generation and hopefully diversifies that next generation too, so that we can see more women in chemistry and make the world a better place.”

The speakers then answered students’ questions in a panel discussion, and the symposium concluded in the Women-Led STEM Networking Event co-hosted by the Yale Scientific Magazine.

Learn about engagement opportunities for women and supporters of gender equality at Belonging at Yale - Focus on Women’s History Month and Women and Gender Minorities in Science at Yale.