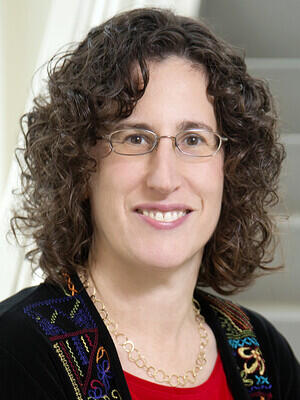 Yale’s Sharon Hammes-Schiffer, the John Gamble Kirkwood Professor of Chemistry in the Faculty of Arts and Science, was named the winner of the 2021 Willard Gibbs Award by the American Chemical Society (ACS) on July 17.

The award, which honors pioneering work that opens new fields of chemistry research, will be presented to Hammes-Schiffer on Sept. 17.

Hammes-Schiffer has conducted breakthrough research on proton-coupled electron transfer (PCET) reactions and enzymatic processes that have led to new research strategies in light-harvesting solar energy assemblies. She has developed theoretical and computational models that have broad applications for artificial photosynthesis, charge transfer dynamics, and quantum mechanical effects in chemical, biological, and interfacial processes.

She has received the ACS award in theoretical chemistry, the Royal Society of Chemistry Bourke Award, and the Joseph O. Hirschfelder Prize in Theoretical Chemistry. She is the editor-in-chief of the journal Chemical Reviews and is on the board of reviewing editors for Science.

The Willard Gibbs Award, established in 1910, is named for pioneering Yale scientist Josiah Willard Gibbs. Past winners include Marie Curie and Linus Pauling.

“I am pleased and excited to have been chosen for the Gibbs Award, and I am honored to be named among such an accomplished group of past winners,” Hammes-Schiffer said. “This award is especially meaningful to me because Gibbs was a scientific pioneer and spent most of his life at Yale.”