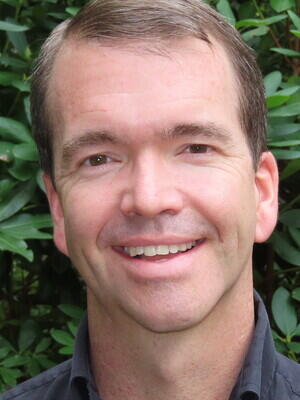 Patrick L. Holland, who has made key contributions to the field of inorganic chemistry, has been appointed the Conkey P. Whitehead Professor of Chemistry.

He is a member of the Faculty of Arts and Sciences in the Department of Chemistry.

Holland joined the Yale faculty in 2013 after distinguishing himself for 13 years as a faculty member at the University of Rochester. His research has led to new understanding of the mechanisms, structures, and properties of catalysts composed of inexpensive and non-toxic components. He is especially known for discovering iron-containing compounds for breaking down nitrogen in the atmosphere, in order to incorporate nitrogen into nitrides, ammonia, and organic compounds. These studies also help to understand natural nitrogen fixation by the enzyme nitrogenase. Some of his group’s current efforts aim to leverage these insights toward the use of atmospheric nitrogen as a carbon-free energy storage method. His group has also developed catalysts for industrially important processes that transform alkenes, which are fundamental chemical building blocks with a carbon-carbon double bond.

Holland is the author or co-author of more than 170 peer-reviewed articles, holds multiple patents, and has received numerous grants. Currently, he is funded by the Department of Energy’s Center for Hybrid Applications in Solar Energy to Liquid Fuels (CHASE), the National Science Foundation (NSF), the National Institutes of Health (NIH), and the U.S. Department of Energy (DOE). His awards and honors include an NSF CAREER Award, a Sloan Research Fellowship, a Blavatnik Award for Young Scientists, and a Friedrich Wilhelm Bessel Research Award of the Humbolt Foundation. In 2015, he was named a Fellow of the American Association for the Advancement of Science.

“Those awards, and this recognition through the Whitehead chair, should not be about me,” Holland said. “They actually represent the hard work and creativity of my students.” He has supervised more than 100 undergraduate, graduate, and postdoctoral researchers, who have utilized their training in mechanistic chemistry to succeed in various positions in government, industry, teaching, and academia. He has also served the chemistry community through editorial roles for the journal Chemical Reviews and the reference work “Comprehensive Organometallic Chemistry IV,” through service in the American Chemical Society, and as chair of the Gordon Research Conference on Inorganic Reaction Mechanisms in 2017. His global impact is evident through his speaking engagements across the country and around the world.

At Yale, Holland has also contributed to the campus community as a member of University committees on safety and inclusiveness, and as a fellow of Ezra Stiles College. In 2015-2016, Holland served as director of graduate studies in the Department of Chemistry, and subsequently became the department’s first Director of Graduate Student Climate and Diversity. In that role, he continues to support student-led, grassroots efforts in the department to diversify STEM, not only through recruiting but also through workshops and training sessions that support and celebrate diversity and inclusiveness. In 2020, he played a key role in organizing a symposium and departmental display celebrating the history of women’s achievements in chemistry as part of 50WomenAtYale150, a university initiative that commemorated 50 years of coeducation at Yale College and 150 years of women at Yale.