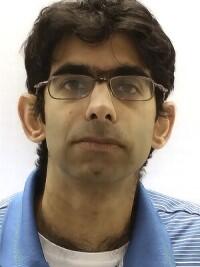 Nilay Hazari, a leader in the field of inorganic chemistry, has been appointed the John Randolph Huffman Professor of Chemistry, effective immediately.

He is a member of the Faculty of Arts and Sciences (FAS) in the Department of Chemistry.

Hazari joined the Yale faculty in 2009, following a postdoctoral fellowship at the California Institute of Technology (Caltech). His research focusses on the development of new catalysts that enable rapid and selective chemical transformations of industrial and environmental importance. His approach to designing new catalytic systems involves performing complex experiments, as well as theoretical calculations, to understand how catalysts operate, which enables him to provide the research community with unique insight. Apart from developing general design principles for designing homogeneous catalysts, Hazari has invented state-of-the art catalysts for the conversion of carbon dioxide into valuable products such as formic acid and methanol, and the construction of carbon-carbon bonds, which are ubiquitous in pharmaceuticals. His catalysts are widely used by other researchers and also are of industrial relevance, as more than 10 chemicals developed in his research group are currently commercially available. The palladium catalysts for carbon-carbon bond formation that were invented in his group are available on a multi-kilogram scale.

In addition to being a leader in Yale’s emerging efforts in carbon capture and utilization, Hazari is committed to undergraduate education, as he has been the Director of Undergraduate Studies for the vast majority of the last seven years. Additionally, in collaboration with Yale Pathways to Science he has initiated a number of outreach activities including the Chemistry Open House and the highly anticipated annual community Chemistry Magic Show.

A prolific researcher, Hazari has authored or co-authored more than 150 articles, book chapters, and patents; he delivered the Eli Lilly Young Investigator lecture at the University of Wisconsin, Madison; and has presented seminars at companies including Bristol Myers Squibb, Exxon-Mobil, and Umicore, and at universities across the country and around the world, including Caltech, Dartmouth, Penn, Princeton, the University of California-Berkeley, UCLA, and others. He has been the PI or co-PI on multiple major grants from the U.S. Department of Energy, the National Science Foundation, the National Institutes of Health, and the American Chemical Society.

Elected in 2020 to the Connecticut Academy of Sciences, Hazari was recognized with the Harry Gray Award for Creative Work in Inorganic Chemistry by the American Chemical Society in 2017. He was selected as an an Alfred P. Sloan Fellow and Organometallics Fellow, and received a Camille and Henry Dreyfus Teacher Scholar Award, an NSF Career Award, and a “Rising Star” award from the International Conference on Coordination Chemistry. This recognition highlights the esteem in which Hazari is held by the research community in chemistry.

Hazari earned a bachelor of science degree at the University of Sydney and his D. Phil. at Oxford as a Rhodes Scholar.