A New Timeline for an Old Amino Acid 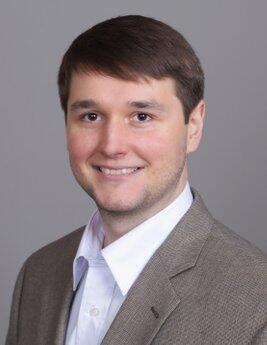 Proteins are essential for all of life’s functions and most organisms rely on 21 amino acids encoded in DNA to construct them. However, a small group of microbes possess a 22nd amino acid called pyrrolysine, which helps determine the ultimate structure of the microbes’ proteins.

While scientists once thought pyrrolysine was a recent evolutionary addition to these microbes’ molecular repertoire, a new Yale-led study suggests it may have existed in common ancestors of all life on Earth.

The Yale team was led by Jeffery Tharp, a postdoctoral research fellow in the lab of Dieter Söll, Sterling Professor of Molecular Biophysics and Biochemistry. Tharp and colleagues compared all known pyrrolysine tRNAs, which carry instructions for insertion of amino acids into proteins, with similar tRNAs from other organisms.

Their analysis showed pyrrolysine emerged before the evolution of all three domains of life — archaea, bacteria, and eukaryotes. The findings not only shed light on the evolution of life, the researchers say, but also suggest ways in which the addition of synthetic amino acids might help create new therapies for disease or the creation of new types of materials.

“This work gives us a better understanding of how the genetic code evolved into its present form, and how the genetic code can be further evolved to accommodate new protein building blocks for applications in synthetic biology and medicine,” said Tharp, now assistant professor at Indiana University School of Medicine.