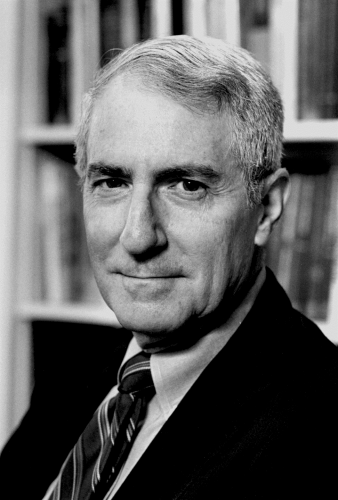 Jerome A. Berson, Sterling Professor Emeritus of Chemistry at Yale and a key figure in the evolution of physical organic chemistry, died peacefully at his home on January 13. He was 92.

Berson joined the Yale faculty in 1969. He served as chair of the Department of Chemistry from 1971 to 1974, and as director of the Division of the Physical Sciences and Engineering from 1983 to 1990.

Revered as a supportive and effective mentor and an intellectual leader in his field, Berson was awarded the Roger Adams and Arthur Cope awards and the James Flack Norris and William H. Nichols medals by the American Chemical Society. He was a member of the National Academy of Sciences and the American Academy of Arts and Sciences.

“His arrival proved to be a seminal asset to the department and university during the ensuing years until his retirement,” said Professor Emeritus Frederick Ziegler, who joined the Yale faculty in 1965. “His research on the mechanisms of carbocationic and thermal rearrangements were noted for their astute design and detailed execution.”

Kenneth Wiberg, Eugene Higgins Professor Emeritus and faculty member since 1962, recalled the effort to persuade Berson to move to Yale from the University of Wisconsin.

“With Jerry along with Mike McBride, Mary Saunders and I, it seems reasonable to say we had the best physical-organic group in the country,” Wiberg said. “Many of the best of our graduate students chose to work with Jerry, and they turned out well. Jerry was just down the hall from me, and we frequently stopped by to talk about chemical problems and what was going on in the department. Jerry had a first-rate analytical mind so that he did not make mistakes in interpreting chemical data, and he would give serious thought to visitors’ ideas. His loss comes close to ending an era of physical-organic chemistry.”

Berson was born in Sanford, Fla., in 1924. He was educated in the public schools of Florida and New York. He received a B.S. degree in chemistry from the City College of New York in 1944, and worked briefly at Hoffman-LaRoche, Inc., in N.J. After service in the wartime Army (1944-46, China-Burma-India Theater), he married Bella Zevitovsky, of Brooklyn, N.Y.

Berson returned to the study of chemistry at Columbia University, where he received M.A. (1947) and Ph.D (1949) degrees, under the mentorship of William von E. Doering. Following a postdoctoral year at Harvard University with R.B. Woodward, Berson held faculty positions at the University of Southern California and the University of Wisconsin, before coming to Yale.

In an autobiographical piece, “Making Molecules to Test Theories: A Half-Century of Research on Chemical Reaction Mechanisms,” published in 2009 by The Koerner Center, Berson described his Yale years of research:

“At Yale, along with our continuing program on thermal reactions, we began a new line of research which continued right through the next three decades. Again this work was stimulated by our interest in the interaction of theoretical prediction and experimental test. We began to study the so-called non-Kekulé molecules. An explanation of what this really was about would get too technical, but suffice it to say that these strange species are fundamentally different from other molecules. Non-Kekulé molecules exist despite their violation of the most basic tenet of organic chemistry, namely Kekulé’s rules of valence. So these are molecules in which there are enough atoms but not enough bonds to constitute a full-valence Kekulé structure. One (or more) of the bonds is stretched so far that interaction between one (or more) pairs of atoms can be said to be broken. As you might expect, these substances, existing at the very edge of covalency, have only a fleeting existence under ordinary laboratory conditions. The trick is to design special circumstances that permit them to be observed. Those years were exciting and full of surprises as we learned how to generate them and examine their properties.”

Berson also recalled his role as a mentor at Yale:

“My relationship as a mentor to usually twelve to fifteen graduate students and postdocs, as well as an occasional undergraduate, was a central academic and personal experience. By coming to the field much later than I did, those young people had the advantage of being on the forward edge of new ideas and developments. Our group seminars were the mechanism by which that knowledge was passed around to all the group members, especially to me. I still miss that interaction, years after I retired.”

Berson later wrote two books on the origins of chemical ideas. He was passionate about music, theater, art, and politics, and was a committed supporter of progressive causes. He is survived by three children, Ruth, David, and Jon, and five grandchildren. 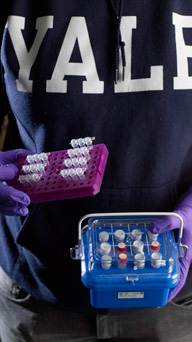