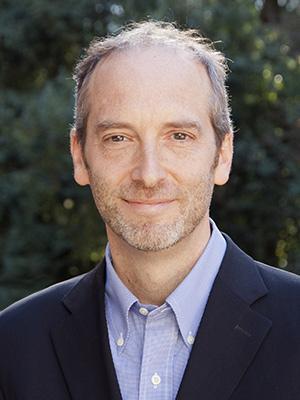 John F. Hartwig, professor of chemistry and Henry Rapoport Chair in Organic Chemistry at the University of California, Berkeley, is the 2020 recipient of the prestigious John Gamble Kirkwood Award.

Hartwig, an organometallic chemist whose research focuses on new reactions for organic synthesis catalyzed by transition metal complexes, was honored for his outstanding contributions to the field of chemistry in an award ceremony on Oct. 3. The 2020 award ceremony had been delayed due to pandemic restrictions.

His research has resulted in improved methods to produce pharmaceuticals and agrochemicals. For example, he co-discovered the Buchwald-Hartwig reaction, a palladium-catalyzed carbon-nitrogen bond forming reaction that generates aryl amines. This reaction is now performed on an industrial scale. Additionally, he helped discover borylation chemistry in which inert carbon-hydrogen bonds are converted into reactive sites, which is used by pharmaceutical companies. Most recently, he developed artificial metalloenzymes for performing novel transformations and has applied his skills in organometallic chemistry to solving challenges in green chemistry, such as the recycling of plastics.

Every two years, the Department of Chemistry and the American Chemical Society New Haven Local Section confer the John Gamble Kirkwood Award, which is named after a former Sterling Professor of Chemistry and chair of the department. The award is given to scholars who make outstanding research contributions, theoretical or experimental, in the physical sciences and carries a cash prize and medal. Since the award was established in 1962, thirteen of the twenty-six recipients subsequently have won the Nobel Prize.

Hartwig visited Yale Chemistry on Oct. 3 to lecture on catalyzing organic synthesis before receiving his medal at a banquet dinner.

In a packed Sterling Chemistry Laboratory lecture hall, Nilay Hazari, John Randolph Huffman Professor of Chemistry, introduced an audience of approximately 260 people to the work of both Kirkwood and Hartwig.

The impact of John’s work on both the chemical community and society at large makes him a worthy recipient of the Kirkwood award.”

“It is a special experience to return to Yale for the Kirkwood Award,” said Hartwig, who previously taught in the department for 14 years. “My kids were born here, I got married here, and my chemistry was born here. I have so many friends and people I look up to in this department.” He thanked Emeritus Professors Robert Crabtree and John Faller for their mentorship during his time at Yale.

Speaking to a broad audience of chemists, Hartwig listed the many products of synthetic chemistry: therapeutics that extend life, fertilizers that produce food, materials used in protective equipment to keep us safe, solar panels, and OLED screens on high-tech phones and TVs, among other things.

He explained that “synthetic chemists not only make what nature makes, but what nature doesn’t make…that may have inspiration from a natural product.” He showed the chemical makeup of life-changing medications derived from synthetic chemistry, such as Lipitor, which lowers cholesterol, and Crixivan, one of the first HIV therapeutics.

Walking the audience through his chemistry – ligand by ligand, reaction by reaction – Hartwig outlined decades-long work to develop reactions that were industrially useful. In particular, he talked about developing a strategy for carbon-hydrogen bond functionalization and demonstrated the synthesis of compounds to treat HIV and tumors using his methodology.

After giving a thorough account of the science and fundamentals of his research to a captivated audience, Hartwig joined faculty and friends in a celebratory dinner.