Originally published in It's Your Yale
November 11, 2021 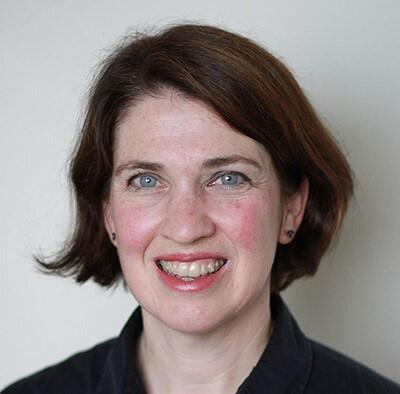 Erin McAvoy joined the staff of Yale University in September 2013 as the director of Finance and Administration for the Chemistry Department. In June 2015, Erin added the Departments of Mathematics and Statistics & Data Science and the Applied Math Program to her portfolio. She manages a four-building complex in Chemistry, spaces in four other buildings on Central Campus, 40 staff members and a combined budget of University and Sponsored Funding of over $15M annually.

Erin earned an MBA degree with Honors from Old Dominion University and a Master of Arts degree from the U.S. Naval War College.

How do you feel about Veterans Day?
I love the tradition that started Veterans’ Day – the WWI Armistice: 11th hour of the 11th day of the 11th month.  By expanding it to all Veterans later in the 20th century, it feels like a hug from your country once a year.  The opinions of people who serve in the military and the public at home change over time, but Veterans Day endures; I like that.

Are there veterans you would like to thank for their service?
My Dad, my father-in-law, and five of my uncles were draftees. It was a different system created to serve a different time.  Luckily, they all came home.

How does your experience as a working mom intersect with being a member of the Naval Academy?
Looking back on it, the Academy was easy – nice daily schedule, clear expectations, a stable calendar, and lots of people to help you figure out what you should be doing right then!  It helped me plan my days and prioritize my activities.  We were deliberately given too much to do in a day during our Academy experience to help us learn to do the big things first and then proceed to the smaller, less important activities.  Those activities changed over time and learning that reprioritizing was not a one and done event, but an everyday exercise was very helpful to me.

As a working mom, reprioritizing is a constant!  In the early days if the children are fed, rested and clean and you are reasonably presentable – no big stains on your clothes – you have succeeded for the day!  As the children have gotten older and I’ve gained more experience at Yale, it has gotten easier to balance the job and home. Any working parent will tell you that nothing prepares you for a new baby in the house; the second one is more work, but not too bad for most people; and the third one sends you into a whole new dimension. The kids just don’t listen to me like my Sailors used to – but then again, asking adults to do something they volunteered to do is very different from convincing my youngest to eat his vegetables.

Why did you decide to enter the Naval Academy
Well, I actually wanted to be a pirate but they didn’t have a school for that so I thought being a pirate catcher might be just as good. In addition, I can’t stand interviewing so the idea that I could interview for college, a scholarship, and a job that would last at least five years all at once seemed like a really good idea to my 16-year-old self. I got the idea to apply to the Naval Academy during a family trip to Washington, DC, my junior year in high school.  We went home to Philadelphia through Annapolis and my parents wanted to take my sisters and brother to the campus to see the boats.  We walked around on a January day, and I thought to myself, “I could do this.”  Eighteen months later I entered the Academy. I was the first person from my high school to go to any of the Academies and I was very much an anomaly.