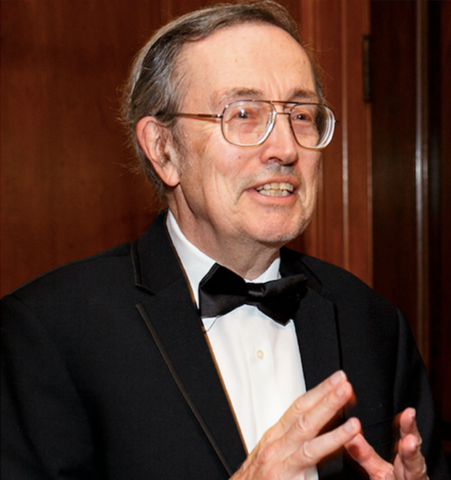 The French & American Chemical Societies (FCS & ACS) announced Robert Crabtree, C. P. Whitehead Professor of Chemistry Emeritus, as the winner of the 2020 Franco-American Lectureship Prize. The prize honors chemists and chemical engineers who have made significant contributions to research collaborations between France and the United States. As part of his prize, Crabtree gave the virtual lecture “Adventures in Water Oxidation” at the French Chemical Society meeting in Clermont-Ferrand, France, on Oct. 4.

Crabtree is an organometallic chemist focused on developing catalysts for water splitting to oxygen and hydrogen or other fuel molecules. In particular, his research has applications in alternative energy strategies, such as solar energy, nitrogen fixation, ammonia oxidation, and hydrogen storage. The Crabtree laboratory has collaborated with colleagues, notably Gary Brudvig, Benjamin Silliman Professor of Chemistry, and Victor Batista, professor of chemistry, to answer complex challenges surrounding solar energy storage. The Energy Sciences Institute at Yale focuses on one facet of that work.

Crabtree has long-established ties with the French research community, including an early research position and a postdoctoral research position in the laboratory of Hugh Felkin at the Centre National de la Recherche Scientifique laboratories in Gif-sur-Yvette, France. In addition, he has been committed to creating research bonds between American and French chemists via collaborations and discussions. Notably, he has served as chair of the inorganic division of the ACS, the world’s largest scientific community, and prize co-sponsors, along with the FCS. In 2020, Clarivate Analytics named Crabtree a Highly Cited Researcher, a distinction reserved for about 0.1% of the world’s researchers.

The Franco-American Lectureship Prize is awarded on a rotating basis to a French or American chemist. In a typical year, as a prize winner, Crabtree would have conducted a lecture tour at FCS local sections and universities in France. However, due to the COVID-19 pandemic, his lecture took place remotely, drawing in a large audience.

“My scientific life has been very greatly enhanced by my connection with France,” said Crabtree, “so I was delighted to receive this prize.”

The Energy Sciences Institute hosts faculty from the physical sciences and focuses on the emerging challenges facing the environment and energy sectors. Researchers develop new materials for energy production and storage while advancing the sophisticated tools necessary to characterize the functionality of these materials. Additionally, the Institute develops core competency in solar energy, alternative fuels, and carbon mitigation.

Learn about the exciting and unique projects at the Energy Sciences Institute at Yale’s West Campus.