Senior Lecturer in Chemistry Jonathan Parr originally came to Yale in 1991 as a postdoctoral researcher with Professor Jack Faller and returned in 2002 to conduct research with the great Professor Harry Wasserman before assuming their current role in 2004.

Parr began their chemistry education at the University of London in Kingston, United Kingdom, in 1986. They continued their education at Imperial College in London and received their Doctor of Philosophy degree in 1990. Under the supervision of Professor D.F. Evans, Parr studied the coordination chemistry of silicon with relevance to biochemistry, inspired by the Venus’ flower basket sponge. They completed two postdoctoral positions. The first was a post-rouge with the CRNS at the Université Louis Pasteur in Strasbourg, France, and the second at Yale University.

Parr has taught a variety of classes at Yale, including the inorganic chemistry lab, the advanced lab, and general chemistry labs.

In addition to delivering courses, they have embraced opportunities to introduce, develop, and innovate them. They introduced the current chemistry seminar for seniors, in collaboration with fellow senior lecturer Professor Christine DiMeglio, and the Ethical Conduct and Scientific Research class for chemistry. They also added writing intensive sections to both the inorganic chemistry lab and the advanced lab to help undergraduate STEM students fulfill their writing requirements.

Parr utilizes the support provided by the Yale Poorvu Center for Teaching and Learning to achieve their teaching goals. For example, they participated in the Poorvu’s Course (Re)Design Institute summer program and drew extensively on help from the Poorvu’s Writing Center when they introduced the writing intensive sections.

Learn how they and the team of lecturers adapted their teaching methods during the pandemic. 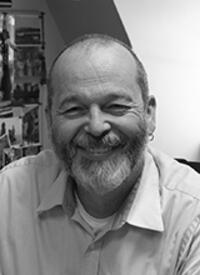