Member of Yale faculty since 2010

One way that the Ellman laboratory seeks to contribute to the incredible opportunities provided by chemical synthesis is through the design and development of efficient and general methods for achieving essential bond connections. For example, the Ellman laboratory has pioneered the development of tert-butanesulfinamide chemistry, which has rapidly become one of the most extensively used approaches for the asymmetric synthesis of amine-containing compounds, a class of structures that is especially prevalent in pharmaceutical agents. Another area of focus is the catalytic conversion of C-H to C-C bonds enabling the direct preparation of an incredibly diverse array of complex structures from simple precursors.

The Ellman laboratory also is engaged in the design and synthesis of structures that interact with biological systems. For example, tools continue to be developed to rapidly establish enzyme substrate specificity to provide a window into understanding enzyme function. Moreover, compounds are designed and developed to potently and selectively interact with specific biomolecular targets to define their biological role, establish relevance for the treatment of disease, and provide key starting points for drug development. 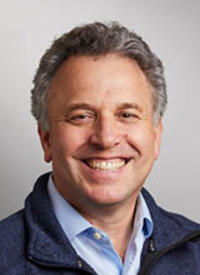