Professor of Chemistry
Member of Yale faculty since 1967

A contributor to over 630 scientific papers, Dieter Söll’s research interests have varied widely from genetics, molecular biology, genomics, and evolution of protein biosynthesis to gravity perception in plants. The recurring theme of his research is the understanding of the role of transfer RNA and aminoacyl‐tRNA synthetases in interpreting the genetic code. Currently he is working on expanding the genetic code in the realm of synthetic biology.

Research in the Söll laboratory covers a broad range of topics unified by a single problem – evolution of the genetic code. We explore the genetic code translation in a wide range of living species. Through genetics, biochemistry, structural analysis, and molecular biology, we are studying bacterial, archaeal and eukaryotic systems to uncover new strategies of genetic code expression. We extensively use this knowledge to develop new tools for synthetic biology and extend the chemistry of living systems by enabling robust and efficient genetic encoding of unnatural amino acids and amino acid-like molecules in a test tube and in a living cell.

In 1971 Dieter Söll became interested in the training of undergraduates from diverse backgrounds and created a summer research program that later became a model for other educational institutions. This led to two awards: Tougaloo College, Minority Access to Research Careers Award (2001) and Yale’s Bouchet Leadership Award Medal in Minority Graduate Education (2002). In 1974 he was co-founder of a highly successful scientific journal: Nucleic Acids Research (current impact factor: 11.501). Dieter mentored many graduate students and postdocs in his career; in 2015 he was awarded Yale’s Postdoctoral Mentoring Prize 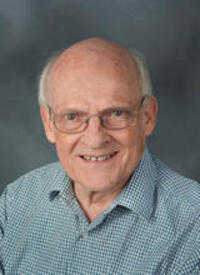