Member of Yale faculty since 1978 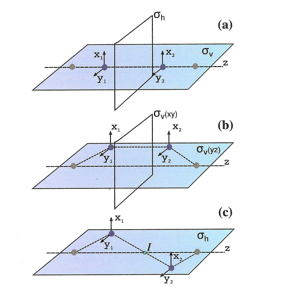 Our research efforts strive to develop and exploit advanced mathematical methods (algebraic methods) as a means of attacking problems of current interest in Physical Chemistry. Among the problems being attacked at the present time are:

The Study of Non-Rigid Molecules. During the past decade, Lie algebraic methods, introduced by our group in the early 1980’s, have been exploited to quantitatively analyze molecular spectra for a variety of rigid species. However, many cases exist, especially among extended systems, where the nuclear framework undergoes large-amplitude motion. These non-rigid systems are very difficult to treat with conventional methods based on the solution of the Schrödinger equation. Recently, we have introduced a novel algebraic scheme designed to tackle such problems and have used it to describe states of some non-rigid molecules (fulminic acid HCNO/DCNO, magnesium hydroxide MgOH/MgOD). A host of applications is possible and we intend to exploit the method to analyze a variety of molecular species.

The Study of Intensities of Franck-Condon Transitions in Polyatomic MoleculesThe quantification of vibronic band intensities in Franck-Condon transitions remains a difficult and formidable task. We have analyzed, within the framework of algebraic methods, the emission spectrum of methinophosphide (HCP), connecting states with different symmetry (bent-from-linear Ã←X transition). We intend to continue this research, and extend it to transitions to the continuum.

The Study of Finite Polymer Chains. An analysis of infrared and Raman intensities in finite polymer chains was initiated years ago. This analysis is particularly important for understanding how molecular aggregates are formed, going from momomer to dimer, trimer, etc. A preliminary study of the paraffins, CH3-(CH2)n-2-CH3 has been performed. Finite number (n) effects and end effects are of particular interest. We intend to extend these studies to more complex geometric structures, such as helicoidal structures, and to more than one dimension (membranes), in view of possible applications of the algebraic method to biological systems.

Although sophisticated mathematical methods are used, the research is aimed at the interpretation and understanding of experimental data, often obtained at the research laboratories of the Yale Chemistry Department. Such is the case of the study of intensities of Franck-Condon transitions, studied in collaboration with the group of P.H. Vaccaro. This research is also part of a wider interdisciplinary research that covers areas both in Physics and Chemistry. Only that part of the research that is devoted to problems in Physical Chemistry is outlined here.