A little over 13 years ago, the Schmuttenmaer group opened up the far-infrared (FIR) region of the spectrum to direct time-resolved studies. The importance of time-resolved studies in a general sense has been demonstrated over the last 35 years by researchers utilizing visible, UV, and IR lasers. New frontiers in chemistry, physics, biology, optics, electronics, and communications have been uncovered. It is well known that dynamical information can only be obtained when the observation time is short compared to the timescale at which the system is evolving. For example, a photograph of a waterfall with a slow shutter speed reveals only blurred drops. However, a series of high speed photographs will display the individual drops, as well as the manner in which they coalesce and break apart. There now exists the possibility to perform FIR time-resolved spectroscopy on a sub-picosecond timescale, and it is often referred to as terahertz (THz) spectroscopy.

We have exploited the unique features of this experimental method to characterize the efficiency of electron injection in photoanodes for dye-sensitized solar cells (DSSCs), which are a promising alternative to silicon photovoltaic solar cells.  We have also probed transient photoconductivity in bulk semiconductors such as GaAs and ZnO, quantum dots such as CdSe and InP, and nanoparticles such as SnO2, ZnO, and TiO2 (including nanotubes). Time-resolved THz spectroscopy reveals the mobility of the photoinjected electrons immediately after excitation and then follows the subsequent dynamics with sub-picosecond temporal resolution. That is, in addition to determining how much the conductivity changes, we also determine how long the material remains electrically conductive. Prof. Schmuttenmaer is a founding member of the Yale Green Energy Consortium (http://www.chem.yale.edu/~green), along with Profs. Batista, Brudvig, and Crabtree. These same four investigators also share laboratory space at Yale’s Energy Sciences Institute. 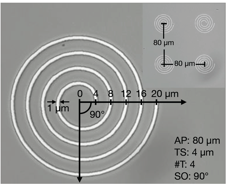 A second major research area involves steady state THz spectroscopy. For example, it is possible to probe and understand the low-frequency collective vibrational modes in organic molecular crystals by comparing the results of high level ab initioquantum chemical calculations with their experimentally measured THz spectra. The vibrational frequencies and intensities are influenced by the strength of the covalent bonds, electrostatic interactions, hydrogen bonding interactions, charge-induced dipole interactions, and even van der Waals interactions.  The energy scale of these interactions spans roughly 4 orders of magnitude, which makes these calculations particularly difficult.