Yale to Launch and Lead a Quantum Computing Chemistry Center 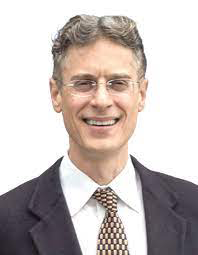 The new Center for Quantum Dynamics on Modular Quantum Devices, led by Victor Batista, the John Randolph Huffman Professor of Chemistry, is Yale’s first project for quantum computing in chemistry. The National Science Foundation Centers for Chemical Innovation awarded a $1.8 million grant for the center, which aims to bridge the gap between today’s quantum computing tech and the problems for which a quantum computer could be useful in chemistry research.

For example, quantum computing could be used to study chemical reaction dynamics, such as the reactions that initiate the process of vision in the human retina. Yale will contribute to the project by developing a new generation of quantum processors and algorithms.

Batista is a member of the Yale Quantum Institute and the Energy Sciences Institute at West Campus. Collaborators in the new center are Michel Devoret, the F.W. Beinecke Professor of Applied Physics and Physics at Yale, Sabre Kais at Purdue University, Lea Ferreira Dos Santos of Yeshiva University, and Eitan Geva of the University of Michigan.