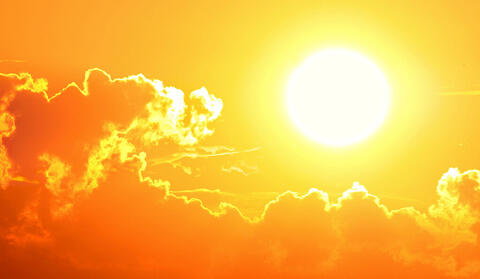 A quintet of Yale researchers — Sharon Hammes-Schiffer, Nilay Hazari, Patrick Holland, James Mayer, and Hailiang Wang — are among the principal investigators (PI) for the U.S. Department of Energy’s $40 million Center for Hybrid Approaches in Solar Energy to Liquid Fuels (CHASE).

CHASE, which involves six scientific institutions, will be based at the University of North Carolina-Chapel Hill. Yale’s portion of the funding is $6.27 million over five years, and will support dozens of graduate student and postdoctoral co-workers on Science Hill and in the Energy Sciences Institute at West Campus.

Hazari and Holland spoke with YaleNews about the new project.

What are solar fuels and how could they benefit society?

Hazari: A solar fuel is a synthetic chemical produced from sunlight that can be used to store and release energy in a similar fashion to fossil fuels. Generating fuels from sunlight is valuable because the sun is our largest source of energy and will not be depleted for eons. Over the last two decades, society has made enormous progress in converting sunlight to electricity, but electricity cannot be stored on a large enough scale for many important applications. Therefore, there is a need for renewable solar fuels, especially liquids that can be utilized with our current infrastructure, to replace fossil fuels.

How close are we to seeing this technology?

Hazari: Current processes to produce solar fuels are very energy inefficient and as a result are expensive and wasteful to operate. Our current knowledge is not sufficient to produce systems that are likely to be implemented at a scale large enough to meet needs for renewable fuels in the next decade. We need to perform basic research to develop the technology required for practical solar fuels.

Holland: The difficulty is that a number of basic science hurdles need to be overcome to efficiently store solar energy in a fuel. We need materials that can do this conversion without wasting a lot of the energy, that are robust and long-lasting, and that can be rationally improved.

What is Yale’s approach to creating solar fuels?

Hazari: The CHASE team aims to combine materials that capture light with systems that can use the energy in light to make synthetic fuels from abundant compounds, such as carbon dioxide and nitrogen. Most of the researchers working at Yale will focus on developing the systems for converting carbon dioxide and nitrogen into liquid fuels. The Yale group has expertise both in developing new systems and understanding how systems work.

Holland: CHASE combines experts in semiconductors, which gather the light; materials, which transfer the energy and provide a scaffold for a molecular architecture; and catalysts, which use the energy for creating the fuel molecules. We will focus on using CO2, N2, and water as the starting materials because they are abundant and cheap. The products will be liquid fuels like ethanol and related molecules, and ammonia. Yale’s team has special expertise on the transfer of protons and electrons (Mayer and Hammes-Schiffer are experts on the mechanisms of these processes), on converting CO2 into useful compounds (Hazari and Wang are experts in solution and materials approaches, respectively), and on converting N2 into useful compounds (Holland).

There are several groups at Yale working on generating solar fuels, using a range of different approaches. In particular, Yale has invested greatly in the Energy Sciences Institute. In the last decade, Yale has also made hires who have increased our impact in this area — all five of the PIs on this grant were hired since 2009 — and renovated spaces on Science Hill and West Campus to enable this chemistry.

How will the CHASE grant help with this work?

Holland: The grant will support 10 graduate students and postdocs per year for five years, and these students will benefit immensely from the exciting science, the interactions, and the DOE community of energy researchers. All of these projects will be collaborative, linking us with research groups at the University of North Carolina, NC State, Penn, Emory, and Brookhaven National Laboratory. BNL has many close links with Yale, which will be leveraged in our work.

What are some of the next basic science discoveries we can expect to see from this group?

Holland: Some particular projects will look at how to tune the local environments around catalysts; how to link cascades of catalytic reactions; how to use the special properties of interfaces to enhance catalysis; and how to control the selectivity for desired liquid fuels versus byproducts. One of the cool things about this is that the principles we discover will be applicable not only to solar fuels, but to catalysts for many different reactions, extending the impact.

On a personal level, how does it feel to be working on a scientific problem with such big implications for global sustainability?

Holland: The promise of using our chemistry knowledge to solve energy problems is inspiring for me and my students. The struggles of cutting-edge research inevitably lead to many wrong turns and pitfalls along the way, and for our dedicated students, the promise of a brighter future makes it easier to keep battling these challenges.

Hazari: There is a large amount of research being performed both at Yale and at other institutions throughout the world on solar fuels and other chemistry related to sustainability. It is nice to be part of a like-minded community, which is striving to solve such important problems. I hope that all of this work will one day make a large difference to our quality of life.