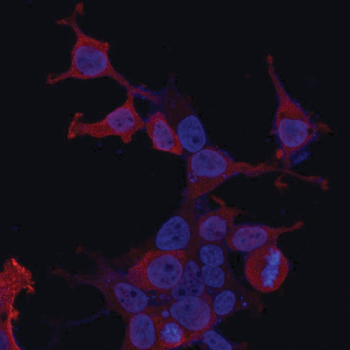 Between 5-8% of the human genome consists of sequences with viral origin, namely endogenous retroviruses. These are old pieces of viral genomes that once, millions of years ago, infected our cells and branded them with their DNA sequences. Although endogenous retroviruses no longer code for viral proteins they were once intended to build, their RNA expression has been correlated with several diseases, including lupus.

Not much is known about the series of molecular events that cause lupus, a devastating autoimmune disease in which a patient’s immune system attacks the body’s own organs.

Three award-winning Yale researchers aim to provide reasons for this baffling disease. Sarah Slavoff, Ph.D., associate professor in the Department of Chemistry, Grace Chen, Ph.D.,  assistant professor in the Department of Immunobiology, Yale School of Medicine (YSM), and Joseph Craft, MD, Paul B. Beeson Professor of Medicine (rheumatology) in the Department of Internal Medicine at YSM and professor of immunobiology were recently named Allen Distinguished Investigators and awarded $1.5 million from the Paul G. Allen Family Foundation, as advised by The Paul G. Allen Frontiers Group to support their project entitled “Discovery of micropeptides in human cells and systemic lupus erythematosus.”

They hypothesize that human endogenous retroviruses produce tiny difficult-to-detect proteins known as micropeptides that could contribute to the presentation of lupus. To prove this, the team will first look for the presence of micropeptides from endogenous retroviruses in healthy human immune cells. Then they will study blood samples from lupus patients to determine if their levels or roles change between healthy immune cells and those in autoimmune disease. Their findings could provide explanations for up to now mystifying pathogenesis.

“There’s a lot of space to work out the genetic and biochemical factors that drive this disease,” said Slavoff. “Our hypothesis is that because it’s already known that some putative noncoding RNAs are upregulated, or specifically expressed in patients who have lupus, some of them might actually be translated to make cryptic small proteins, and micropeptides – those little pieces of protein sequence  –  could actually hyper-activate the immune system and contribute to the disease.” 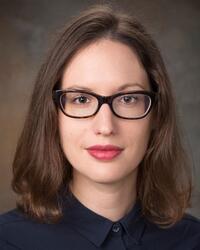 The Slavoff Lab, at the Yale Institute of Biomolecular Design & Discovery, will start the project by using liquid chromatography-mass spectrometry proteomics technology to use next-generation RNA sequencing to detect the micropeptides in both healthy donors and lupus patients (Immunology), to profile the expression of these novel genes. A pioneer in her field, Slavoff has previously revealed nearly 100 undiscovered short human genes when she developed the first high-sensitivity liquid chromatography-mass spectrometry peptidomic technology for the detection of micropeptides. She has also identified MRI-2/CYREN, a micropeptide that regulates non-homologous end joining, the major pathway of DNA double-strand break repair in human cells. Her lab continues to innovate new quantitative and chemoproteomic approaches for micropeptide discovery, as well as cellular and molecular characterization of micropeptides. 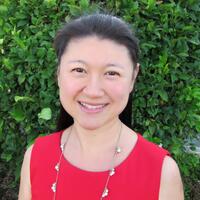 After the development phase, Chen, who’s an expert in RNA biology, will investigate the rules that govern how these novel genes are expressed in the immune system on the RNA level by using advanced third-generation RNA sequencing. The Chen Lab focuses on understanding how different RNA features affect their activity, metabolism, localization, and the induction or evasion of immune activation, intending to develop therapies to treat autoimmune diseases and cancers based on targeting specific aspects of RNA.

“RNAs are incredibly complex molecules whose functions are governed by different features, including their sequences, secondary structures, and modifications. The past few decades and in particular, the COVID-19 pandemic, has revealed surprising cellular roles for RNA and the potential to use them as therapies,” said Chen. “In this project, we are excited to define the regulatory features that contribute to micropeptide translation.” 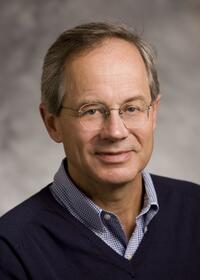 After the team discovers the fundamental principles of these genes’ expression, Craft, a preeminent lupus expert, will explore whether and how they activate the immune system in this deleterious way to promote autoimmune responses. The Craft Lab is dedicated to understanding the pathogenesis of systemic lupus erythematosus (SLE, lupus) and host responses to viral pathogens. “Triggers of the autoimmune response in SLE are incompletely known,” he said. “The proposed work will provide new insights into the etiology of SLE, and how tissue injury is initiated in the disease.”

This project aligns with Yale’s science priority to advance inflammation science, exploring the interplay among inflammation, the immune system, and genetics. It also aims to optimize precision medicine, integrating clinical and genetic information to transform our understanding of human biology and the treatment of disease.

Learn more about the Slavoff Lab, the Chen Lab, and the Craft Lab.